Why Do Black Ladies Find It Harder To Lose Weight 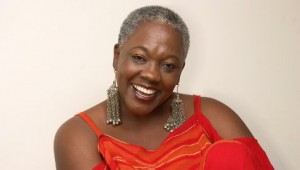 Black ladies are prone to put on weight easier than their European counterparts according to scientists at the University of Pittsburgh School of Medicine. This is not because they eat more or train less, it is because they they have slower metabolic rates.

In a recent study which compared the rate of weight loss between the two groups it was found that African women would have to eat fewer calories or take more exercise to lose the same amount of weight as Caucasian women.

“During their study, they found African-American women lost, on average, 7lbs less than Caucasian women on the same diet.

Previous studies have shown that black women do not lose as much weight as white women when they diet.

Dr James DeLany, associate professor at the Division of Endocrinology and Metabolism at Pitt School of Medicine, explained: ‘At first, it was thought that perhaps the African-American women didn’t adhere as closely to their calorie prescriptions or that the interventions were not culturally sensitive.

‘But even in research projects that were designed to address those possibilities, the difference in weight loss remained.’
Dr DeLany’s team decided to see if there were metabolic reasons behind the discrepancy.

To account for their lower metabolic rate, African-American women must further reduce the number of calories they eat, or use up more of them with exercise, in order to lose the same number of pounds in the same time span as a Caucasian woman of the same weight.”

More and more people in todays society are having problems with their weight, there is more reports of obesity globally than ever before. Each human being is different and unique and therefore many have problems regarding losing weight and keeping it off permanently.

We all know that it is a matter of eating in moderation etc. but for some people it’s not quite so simple, things like family history, ethnicity etc.

So to all the black ladies here in South Africa, there you have it. you need to exercise more and eat less to lose the same amount of weight as your Caucasian counterparts.

[icon icon=”ic-blue5″] We can help you with that right here with our hCG diet system!

Is Emotional Eating a Real Thing?

JUST A SHOUT OUT

10 Tips To Losing Weight With HCG

Why is staying hydrated so important?

Have you hit a weight loss stall with HCG?

A Little Progress Each Day