For weight loss, you need to get enough rest 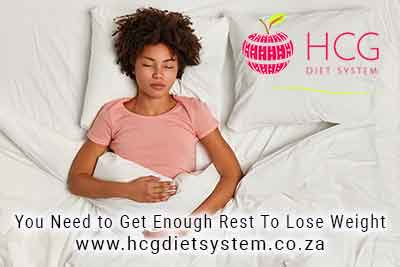 The amount of sleep that you get is as crucial as diet and exercise if you want to lose weight, you need to get enough rest to lose weight successfully.

According to the Centers for Disease Control and Prevention, 35% of Americans sleep less than seven hours a night. A short night’s sleep is defined as a sleep time of fewer than seven hours per night.

It is interesting to note that many are struggling with weight loss due to lack of sleep.

A higher BMI (body mass index) has been linked with weight gain and shorter sleep, which is usually less than 6 hours.

A 20-study analysis that included 300,000. people revealed a 41% increase in obesity among those who slept less than seven hours per night. However, adults who slept longer (7 to 9 hours) did not develop obesity.

A second study showed that shorter sleep duration was significantly related to a larger waist circumference. This is an indicator of excess belly fat.

A recent study of 33 intervention and observational studies found that short sleep duration is associated with an increase in obesity risk. It was interesting to note that BMI scores dropped for each additional hour of sleep.

The Impact of Lack of Sleep On Your Body

Although lack of sleep may not be the only factor that causes obesity, studies suggest it can have a negative impact on hunger, leading to a greater intake of high-fat, high-sugar foods.

This could be done by increasing hunger hormone levels and decreasing leptin.

Bad sleep can also lead to a decrease in the sympathetic nervous system and an increase in cortisol, which is a stress hormone.

Research has shown that obesity is linked to poor sleep quality and weight gain in children and adults.

Sleeping enough can help you avoid calorie over-intake and increase in appetite.

Sleep on hunger hormones Ghrelin, and Leptin is thought to partly explain the increase in food intake.

Insufficient sleep can cause your body to produce more ghrelin, less leptin and leave you feeling hungry.

Bad sleep habits can affect your ability to make decisions and self-control, as well as increase the brain’s response to food. Poor sleep can also be linked to a higher intake of high-calorie, low-fat, or sugar foods.

It is best to limit food intake between 2 and 3 hours before you go to bed. If you feel hungry, try eating a smaller, more protein-rich snack like cottage cheese or Greek yoghurt.

You can avoid a decrease in your metabolism by getting enough sleep.

Ghrelin is a hormone that helps control how much you eat, how your body stores fat, and how much growth hormone your body makes. Ghrelin is sometimes called the “hunger hormone” because it increases hunger.